Versioning on request is the most commonly used method and it means that you (the author) choose the moment to manually create a version before making new changes to active content. This can be for example on each new release of a product. It allows you to change and publish the new release without affecting the content of the previous release.

To enable this method you (the administrator) you select the 'Versioning on publish' option in the class according to the working principle  explained in changing the classes.

To demonstrate this approach we use the 'Fishes' folder as an example. Assume you have planned to add new objects to the ‘Fishes’ folder but before you start making changes you want to preserve this content as it is right now. Then it would be a good idea to first create a version of the entire folder and its dependants. 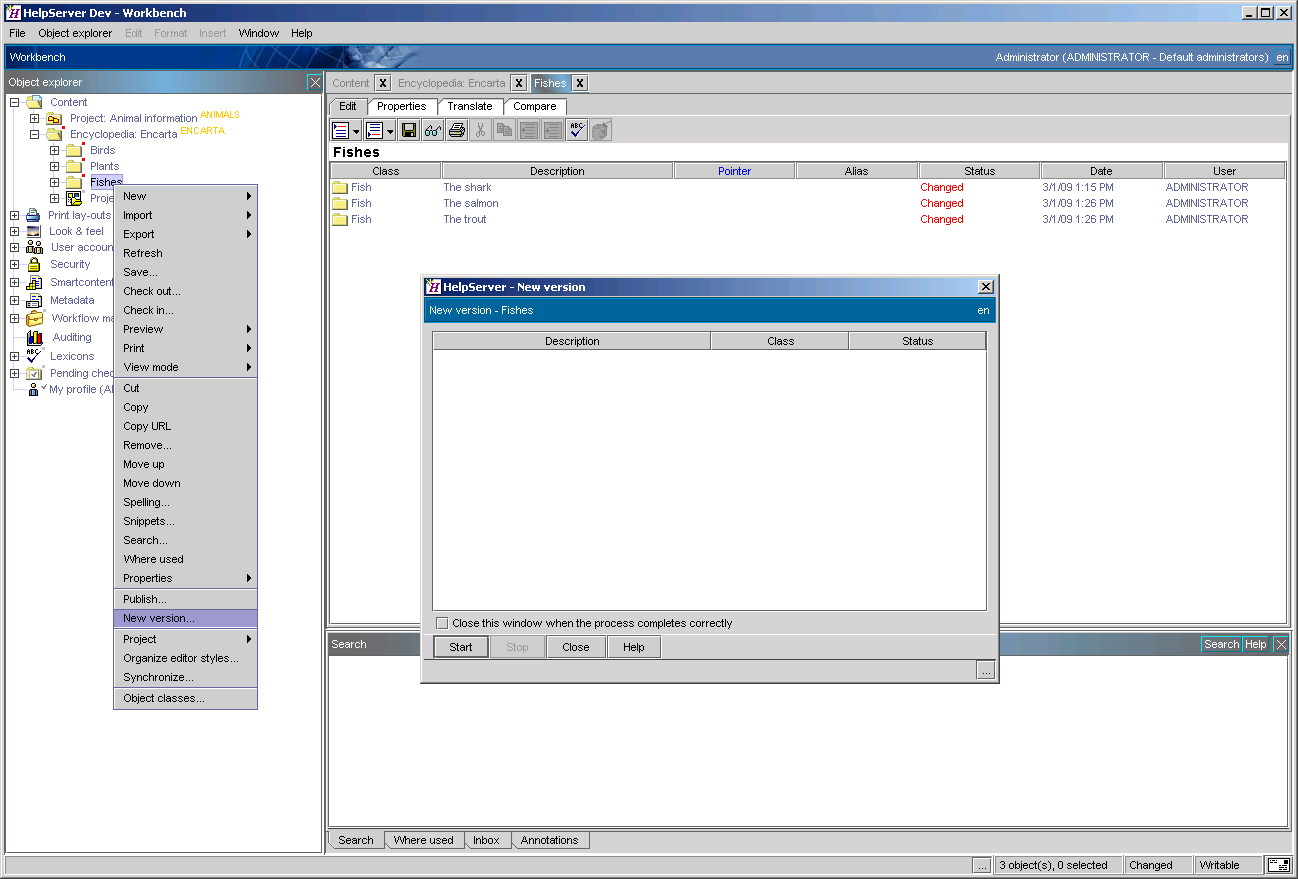 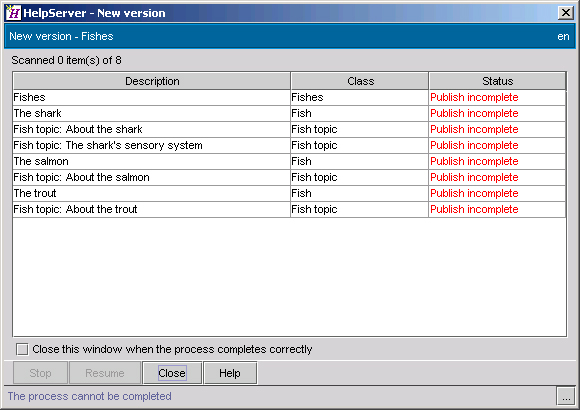 Next, click 'Start' on the 'New version window'. The process will scan the entire folder and dependants will be involved in the new version. However, here this example the process cannot be completed because not all content objects are active (i.e published).

So, should your content not be (completely) active you should first perform the publish function on the 'Fishes' and its dependants. This name should be unique within the folder's versioning life cycle. You can also add some comment to easily recognize the version in overviews. Click ‘OK’ to continue. A new versioning of a folder and its dependants completed

The system will create a new version for all the objects that occur in the folder and its dependants, also images and files that are inserted in the topics are included.. Access permission in the security rule could prevent authors from creating new versions. If this is the case then it will be indicated in the ‘Status’ column.

As soon as this process is finished all the objects of the ‘Fishes’ folder will be marked with a ‘+’ sign in the tree as shown in the next image. This sign indicates that an object has one or more versions. Next is an enlarged snapshot of the versioned content.