HelpServer's concept is based on reusable and shareable content objects. But what's the point when a function such as the clone allows people to duplicate information as much as they want. This is where the security comes in. With the correct security options set on designated content objects you have control over which people can clone which part of the content. People who are not allowed to create a clone will be informed by a message box the moment they paste. 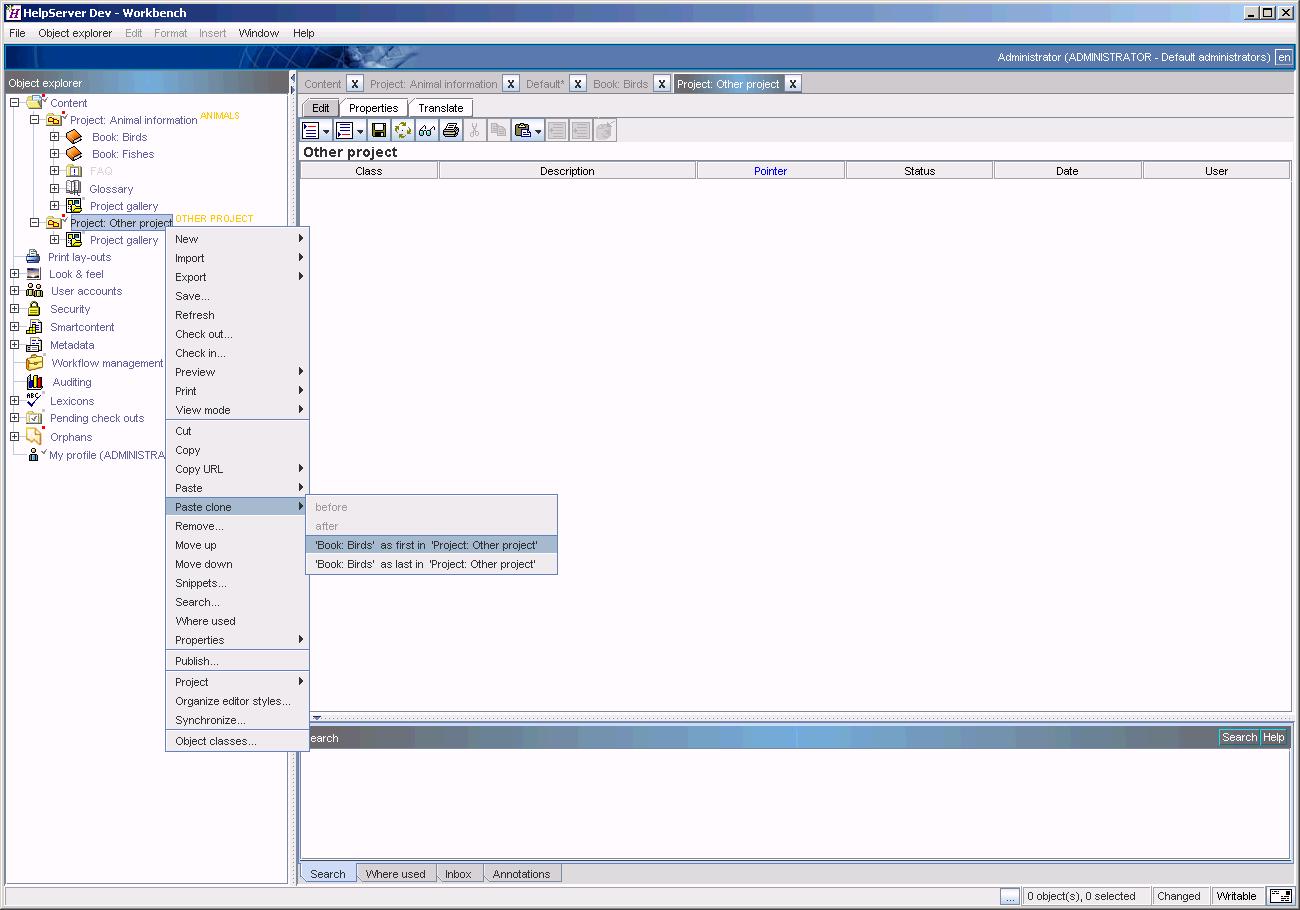 Cloning in a folder with another security profile

But when someone tries to clone it in 'Other project' then a message box notifies him that he is not allowed to do so.