If you use files in HelpServer you actually do not work with the file itself. In stead, you work (insert, copy, paste) with a file object. A file object represents an image, a media, a text, or an application file and it has a multi lingual behaviour. This means that it is designed to keep all translated instances of one specific file (one image, one media, one text...) tightly together to facilitate maintenance.

In this topic you will learn how to provide translated files 'on the spot' in the Workbench. If you have performed the steps in producing translated content we can here elaborate the example of the 'Encyclopedia: Encarta'. In that example only one file was included in the translation process: the one in the topic 'The orchid’. Let's first check out the result.

Switch the 'Encyclopedia: Encarta' to the 'English/Spanish' translate work mode and select the topic 'La orquídea' (I.e 'The orchid') under the 'Plants' folder. Topic with a translated file 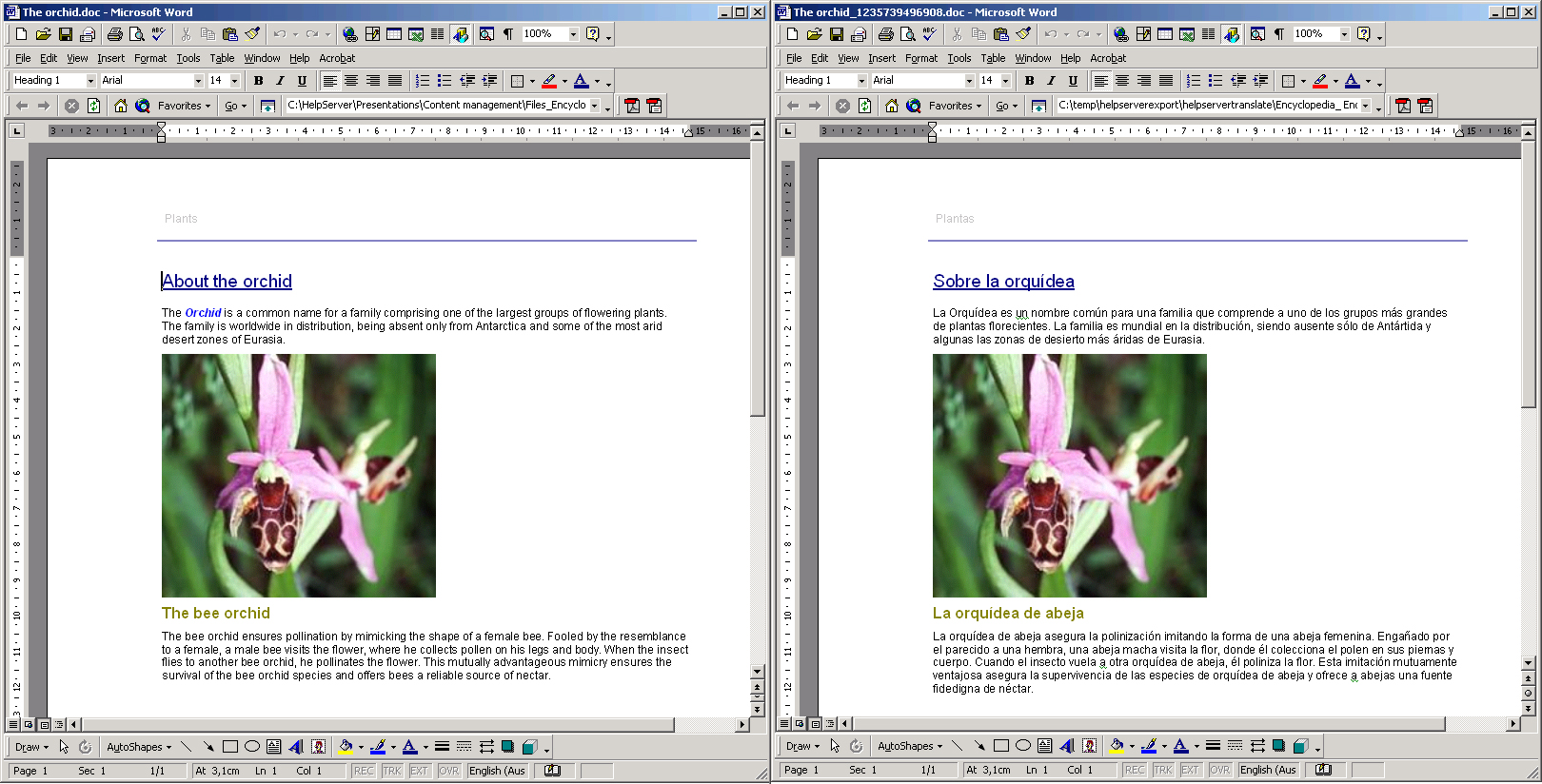 Assume that your translator was unable to translate all the other files to Spanish. This means that the moment you imported the result  the English version of all the non-translated files is automatically reused in the Spanish topics. Select for example 'La crambe marítima' (‘The sea kale’) topic.

Topic with a non-translating file

The topic itself (the textual content) is translated: you see an English and a Spanish string. But don't let those strings fool you. The strings represent a file object and the actual file behind it is not translated. If you double click on the file object in either of the two panes, you will get only one version: the English one. 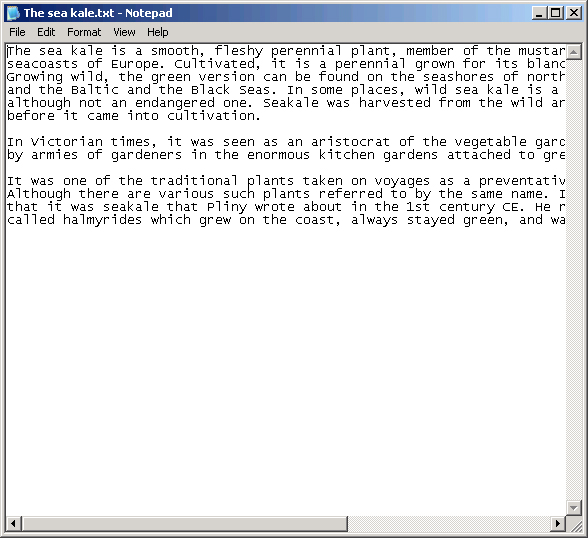 Here the English and the Spanish instance of a topic share the same file. For media files and textual files this is probably not what you want. So, the Workbench offers methods to provide the translated counterpart of a file object 'on the spot'.